The worldwide war on polio is on, and the generals apparently believe that it is okay to lie and deceive in war. Armies have been deployed to feed the concoction that contains live polio viruses to millions of children in the world—supported by a propaganda campaign that uses all the tricks of the trade. And in the latest front in this war now adults are also being ordered to swallow the virus. Everyone leaving Pakistan is now part of the target population with officials ready in the departure lounges to serve the vaccine. That is 28000 people leaving Pakistan everyday from its airports.

This massive effort is justified by the discovery of an “epidemic” of polio in Pakistan. Well, a “whopping” 59 cases of polio were discovered in the country last year. So about 10 million people will be subjected to the vaccine in one year at the airports alone at the cost of millions of dollars and risking the lives and health of hundreds of thousands. The sense of proportion of the generals is amazing!

Is it the polio epidemic that we should be worried about or the vaccine epidemic?

Concerned people including respected authorities from the fields of medicine, public health, and law have been raising serious questions about mass vaccinations, although the mainstream media has censored them.

This Information Resource Guide is meant to help those who want to find the truth despite the media and the highly resourceful propaganda campaigns. In the following discussion wherever Pakistan is mentioned, one can substitute the name of another “third world” country with equal ease. 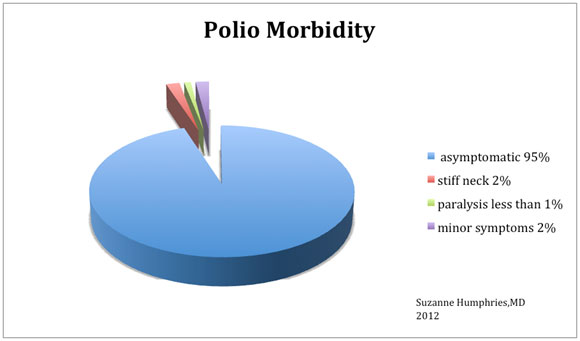 One must ask why polio has been hyped in the media.

B. Did Polio Vaccine Eradicate Polio?

OPV is the polio vaccine being used in Pakistan and most of the “third world.” It contains live attenuated polio viruses. The official line is that the live virus vaccine is safe. But the live virus can and does itself become the cause of paralysis (called vaccine-associated paralytic poliomyelitis) in some cases. It was discontinued in the US completely in 2000 for this very reason. John Salk, who developed the IPV (the inactivated polio vaccine using killed viruses) testified in 1976: “OPV was the principal if not the sole cause of all reported polio cases in the US since 1961.”

The Center for Disease Control (CDC) admits this much. “The Advisory Committee on Immunization Practices (ACIP) recommended the exclusive use of IPV in 2000 to eliminate the risk of vaccine-associated paralytic poliomyelitis (VAPP). This policy change was based on the continued occurrence of VAPP with the use of OPV…” (3)

Dr. Robert S. Mendlsohn, one of America’s leading pediatricians, writes: “Continuing to force this vaccine [OPV] on children is irrational medical behavior that simply confirms my contention that doctors consistently repeat their mistakes. With the polio vaccine we are witnessing a rerun of the medical reluctance to abandon the smallpox vaccination, which remained as the only source of smallpox-related deaths three decades after the disease had disappeared.” (4)

Vaccines are typically introduced after little testing and their serious problems are discovered years or even decades later. Polio vaccine is an example.

Some of the polio vaccine administered from 1955-1963 was unknowingly contaminated with a virus, called simian virus 40 (SV40). The virus came from the monkey kidney cell cultures used to produce the vaccine. Because SV40 was not discovered until 1960, no one was aware that polio vaccine made in the 1950s could be contaminated. It is estimated that over 98 million Americans received one or more doses of polio vaccine during the period of 1955-1963. (5)

Simian virus 40 (SV40) causes cancer in lab animals and has been linked to brain, bone, lung, and lymphatic cancers in children and adults.

In 1961, SV40 was discovered by Dr. Bernice Eddy of the National Institute of Health, Division of Biologics when she took the material used to grow polio vaccines and injected it into hamsters. Tumors grew in the hamsters. Her discovery was subsequently validated by Drs. Maurice Hilliman and Benjamin Sweet of Merck.

“The chief, if not the sole, cause of the monstrous increase in cancer has been vaccination.”

Each of these raises health and safety concerns in addition to the question of Shariah permissibility when the recipient is a healthy person who is being given the haram ingredients based on a controversial estimate that he might catch a disease otherwise.

“According to Harvard Medical School professor Ronald Desrosier, the practice of growing polio vaccines in monkey kidneys is “a ticking time bomb.” Evidently, some viruses can live inside monkeys without causing harm. But if these viruses were to somehow cross species and enter the human population, new diseases could occur. Desrosier continued: “The danger in using monkey tissue to produce human vaccines is that some viruses produced by monkeys may be transferred to humans in the vaccine, with very bad health consequences.”” (6)

Phenoxyethanol: used in DTap, HiB, IPV, Hep A, Hep B, Typhoid and Adacel vaccines. May lead to kidney, liver, blood and central nervous system (CNS) disorders. May cause reproductive defects.

Gelatin: Made from pork or cows. Contained in Chickenpox, Tellow Fever, DTaP, MMR, and Rubella vaccines. Has been shown to cause severe allergic reaction in vaccines.

In addition both mercury and aluminum are serious health hazards and are commonly found in most vaccines.
Given this dangerous brew of poisons, Dr. Tenpenny observes:

“It is difficult to imagine that the introduction of viruses, bits of bacteria, mercury, aluminum and more than 100 additional chemicals into the body of an infant can be considered harmless. In truth, the long-term consequences of vaccines on the immune system of a child under two years of age cannot be predicted even though the risk is substantial.”(7)

Seven children have reportedly died during the ongoing 12 days long anti-measles vaccination campaign in the Khyber Pakhtunkhwa province. Four children died in Charsadda and three lost their lives in Peshawer after they were immunized with measles vaccine.

Measles vaccination campaign was initiated by the Ministry of National Health to mark the World Immunisation Week Campaign. Children under the age of 10 years are being immunized.

Reports indicate that one of the child died after measles immunization was already suffering from measles and should not be given the vaccine. Appearently the vaccination worker did not know that child should not be given vaccine after affected by the virus. Lack of training to the vaccination worker may have been one of the reasons resulting in the deaths of 7 children in the province of Khayber Pakhtunkhwa.

The vaccination campaign involved 50,000 workers and 700,000 children received the vaccine during the two week long campaign at a cost of Rs 1billion. See more here.

A central issue regarding compulsory universal vaccinations is that they violate the fundamental human right to informed consent. Article 6 of the Universal Declaration on Bioethics and Human Rights reads:

“Any preventive, diagnostic and therapeutic medical intervention is only to be carried out with the prior, free and informed consent of the person concerned, based on adequate information. The consent should, where appropriate, be express and may be withdrawn by the person concerned at any time and for any reason without disadvantage or prejudice.” (8)

In the US there is provision for religious, philosophical, and medical exemptions to vaccinations. But in Pakistan the coercive and very aggressive enforcement army does not recognize or care for such exemptions. And the new air travel provisions officially are usurping this right blatantly.

It is your health, your well being, and your fundamental rights that are at stake. It is up to you to educate yourself and fight for what is right.

Religious verdicts and fatwas against vaccines and polio drops are mounting globally as scholars learn that vaccines are linked to autism, cancer, infertility, disease, death and much more!

Seen a fatwa against vaccination? Send it in to be displayed.

A 188 page document with references to articles and studies dating back to 1926 when aluminium was first used as an adjuvant in vaccines. By Dr. Jean Paul Vanoli.

The History Of The Global Vaccination Program In 1000 Peer Reviewed Reports And Studies 1915-2015, Jeff Prager.

Over 10,000 links to abstracts & full text articles on problems with vaccines.